I love the game of golf, and I love golfers. Here’s one of the reasons why. 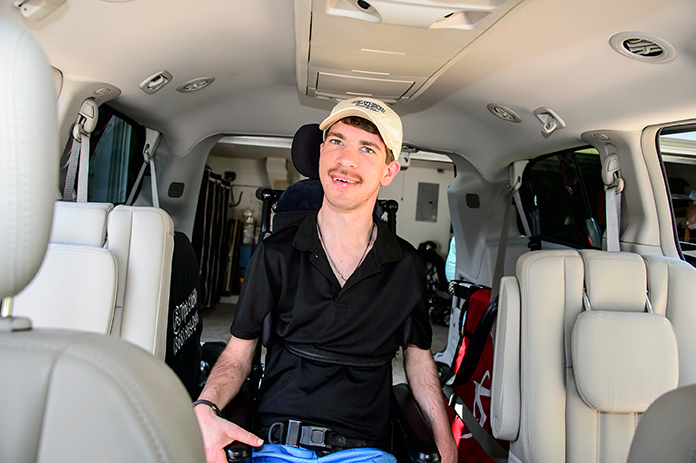 Seven years ago, my golfer husband and his buddy Steve decided to host a local tournament in support of people with disabilities.

They are two really good guys who do a lot for others, so it was a natural next step for each of them. Our son Michael was living in a group home at the time, and Ralph and Steve thought they could raise a few dollars to help offset some of the operational costs of that home.

The event was a great success, but frankly, Ralph and I don’t remember much about it. We were exhausted. Steve, the golf pro, and a host of friends and volunteers carried the day. Ralph and I stumbled through in shock.

October is now that special month where a team of ninety-plus golfers, friends, and volunteers come together to participate in The Michael Spano Memorial Golf Tournament.

The Mission of the foundation is to provide persons with disabilities support towards independence, choice, and a meaningful life in the community.

This is how Michael lived out his life. Our goal is to help other people with disabilities live out that same dream.

When a Few Do a Little, a Lot Can Change

All this being said, this blog isn’t really about Michael or the foundation. It’s about the power of community and what happens when a few step up to make a difference.

I think it’s safe to say that most of us have come to the reality that the complex needs of our nation have far outgrown any potential for governmental intervention that matters. That’s because no one institution can ever fully comprehend much less support the needs of every individual.

Please, don’t misunderstand me. We can never give up on legislative reform. No matter the issue, we must fight for a better social world. But, those wheels are too often gridlocked. In the meantime, lives are abandoned and lost.

Government can legislate, but it’s the passion and commitment of community that implements that change.

Our local village of golfers have proven this to be true.

One golf tournament a year won’t transform the world. We’re not raising millions of dollars and hoping to find a cure for muscular dystrophy or anything. But, a small group of people are making a difference in the lives of some—one person at a time.

We think it matters. Last week showed us that it does.

Wheels of Freedom and Choice

Thanks to a group of golfers who came together last October, one young man named Jonathan now has a handicapped accessible van.

It was a great day—an amazing day—one that I wish each and every golfer and volunteer could have experienced first hand.

Jonathan, his mom, Ralph and I headed over to Triple S Mobility in Pinellas Park to find just the right vehicle. The trip over from Orlando was a surprise. Jonathan didn’t know where we were going or why.

I can’t even describe the joy of watching this young man’s face once he realized that we were there to select his new ride.

What’s important about this amazing day is that Jonathan’s life will now be different. He has more options and opportunities to spend a day with a friend or caregiver who can pick him up and take him places.

It’s the kind of thing that most of us take for granted. People shuffle our kids back and forth. Our teenagers have wheels of their own. We hop in our cars for a quick trip to the store without giving it much thought. But, for a person who must be transported everywhere in a wheelchair, life is very different.

There is far less freedom and choice. Invitations are limited. People with disabilities are often restricted in how they go about even the most simple everyday experiences of life. Isolation and too much down time is often the result.

Jonathan now has his own vehicle, and even though he can’t drive it himself, he can choose where he wants to go and with whom. This option also transfers to his mom because she can rely on others to get him to appointments and recreational activities while she’s at work.

I remember the joy and relief of that first van and know that my son Michael is smiling down on Jonathan saying, Go, man, Go!

Thank You to the Orlando Golfing Community

I can’t express the joy and gratitude that Ralph and I feel toward our Co-Chair Steve Bromeley, and all of the golfers, organizers, and volunteers who made this possible for Jonathan and his mom.

We’re looking forward to this year’s tournament on October 19th at Heathrow Country Club. Jonathan will be there sporting his new wheels. If you’re a golfer or volunteer and would like to join in the festivities, we invite you to join in for a day of fun, food, and fellowship with a great group of people who are committed to making a difference in the lives of others.

One day with Jonathan and all you can remember is the sound of his laughter and the sparkle in his eye. He’s now the newly appointed ambassador for The Michael Spano Foundation—a true reminder that it’s far greater to give than to receive.

If you’re outside the Orlando area, I invite you to find creative ways to bring together a group of people who can make a difference in your own community.

I promise you, it’s well worth the effort. 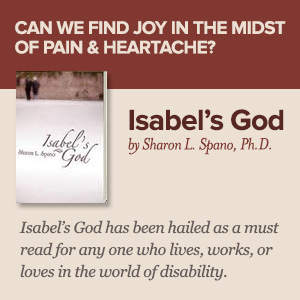